Life at Crossing the Rubicon

The underwater Museum Lanzarote ” Museo Atlántico” is the only underwater museum in Europe.

Specifically designed by Jason de la Canes in order to generate an artificial reef on a large scale which was chosen mainly due to the physical characteristics of its sea bottom.

This striking underwater museum consists of 10 different groups of sculptures. There is the Rubicon, a group of 35 human figures walking towards a wall. The models used for these sculptures are Lanzarote residents.

You can also see the famous Raft of Lampedusa, a reference to the current refugee crisis. Another component is a group of children in little brass boats, called Los Jolateros.

Also there are several hybrid sculptures (half human, half cactus) depicting the merging of nature and humanity, existing together in harmony. The sculptures of a couple taking a selfie and some photographers refer to the use of new technology in our modern society.

In the Portal a sculpture looks at a mirror that reflects the surface of the ocean. Deregulated is a playground in which business men in suits play on a swing and two rockers.

The last piece is a human gyre which consists of 200 life-size sculptures.

Life at Crossing the Rubicon 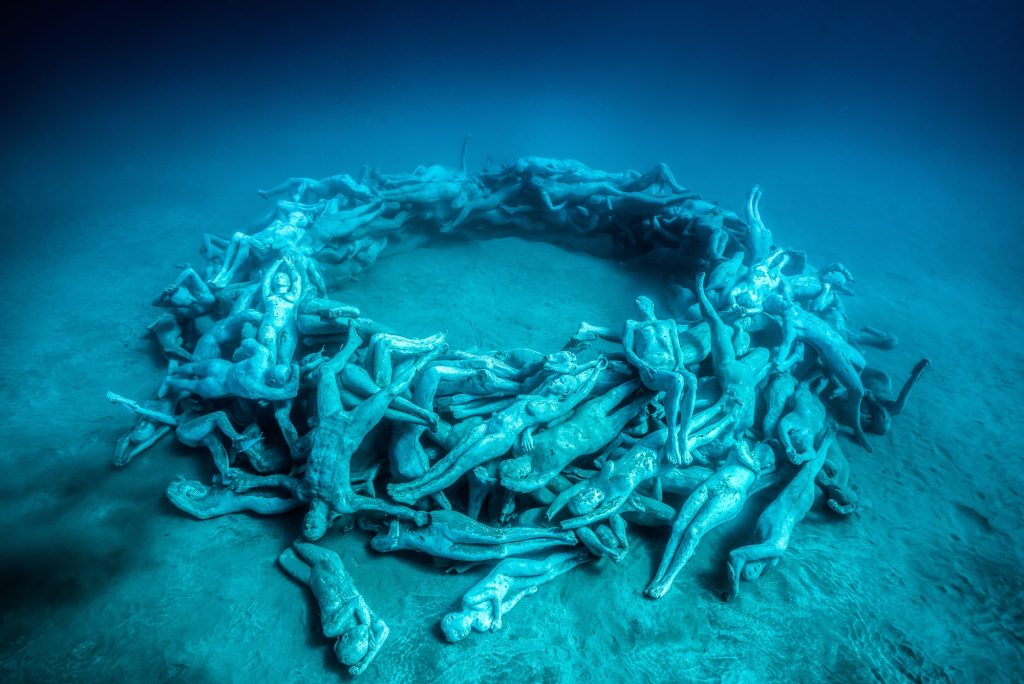